If you are true fan of listening music offline then you have come to the right place. This article you have learnt the best android music player app..

You must have heard that listening to music improves mood, So today we have brought the best Android music player app for your mood. 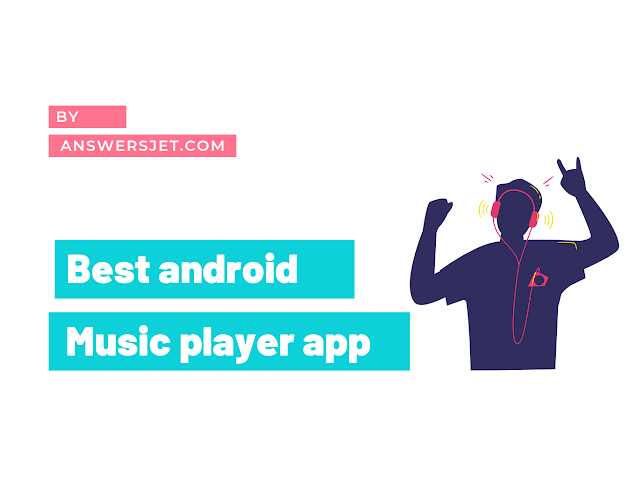 In today's era, you will get to see a lot of options of online music apps like Spotify, Amazon Music, Wynk, Saavn and much more, which can be used only through Data Connection. But even today there are some of us who like to download music and listen later. If you also like listening to offline music, then it is good to say that today we have brought you the best collection of android music player app, with which you will be able to listen to your collection of songs offline as well. What are you waiting for?

Below you will find the options of the best Android music player app, which you can easily download from the Play Store. 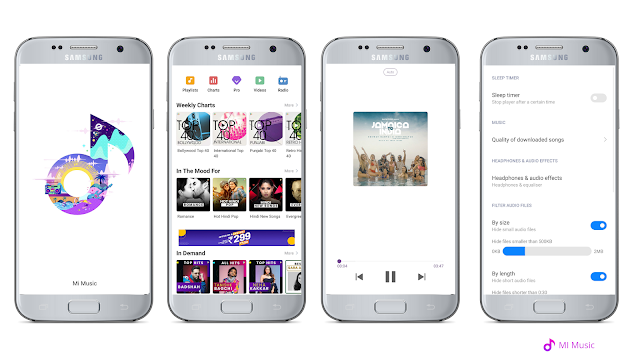 Mi Music is a default music player app on Xiaomi device's but this app is also available for other devices. Mi Music is one of the best Android music player apps that supports more than 25 music formats. It is good to say that more than 5 billion people worldwide have downloaded this app. Here you can create a collection of Millions of songs, in addition to this, you also get access of Hungama app and you can enjoy over 10 million of free songs and Music videos. And Mi Music app has been awarded on the playstore with a rating of 3+ according to user interaction. 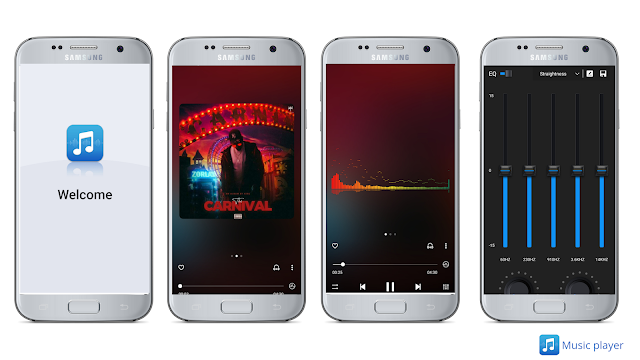 If you are looking for the most elegant and powerful Android music player app, then the music player- audio player app will be a good choice for you. This is a free download music player in which you will get many premium features such as bass boost, equalizer, sound changer etc. This app supports all music and audio files format, with which you will be able to listen to songs of any format. Music player - Audio Player automatically scans your music files and shows its respective lyrics. It is really Cool Na !! This music player also supports the feature of five band Equalizer through which you can transform any music. Apart from this, you also get to see the feature of trim or edit music files, through which you can create your own library of trimmed music. In terms of popularity of this app, more than 1 billion people have downloaded this app from Playstore. And according to the user interaction it has been awarded with 3+ ratings. 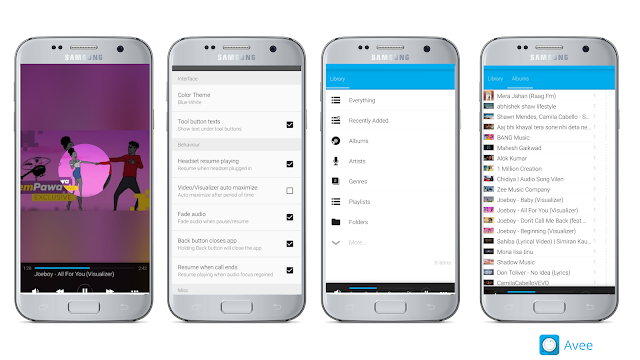 Avee is a most elegant and sleeky looking android music player app on playstore. It is good to say that more than 5 millons of people downloaded Avee music app. In Avee music player, you can upload visuals in video format and customize according to your needs. In this app, you will get a lot of amazing presets which will give you a better user experience than other apps. It supports various music files with which you will be able to run any music file on your device. Apart from this, you will get to see features like UI color skins, read and save playlist, direct browsing folder short-cut and bluetooth controls, etc. 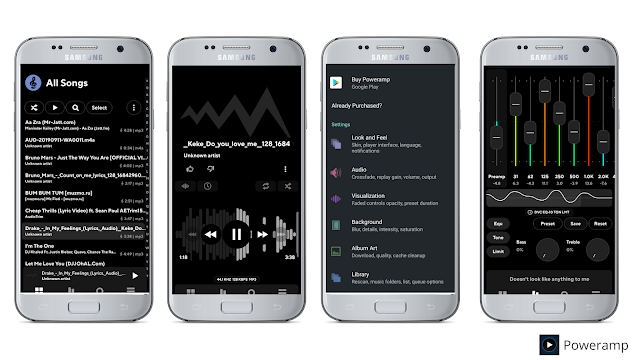 Powerramp  is one of the powerful and newly designed android music player app on playstore. More than 1 million people use this app all over the world - which sounds really good!!. It supports various features such as new audio engine, hi-res output, Resampler, Dither and much more. Powerramp supports google assistant which means you can easily play music by saying "Play music" on Google Assistant app. You can also connect Powerramp app to your smart TV and listen free downloaded music with the help of Chromecast. In simple words, it is an advanced Android music player app that will give you full opportunity to listen to songs and customize them. 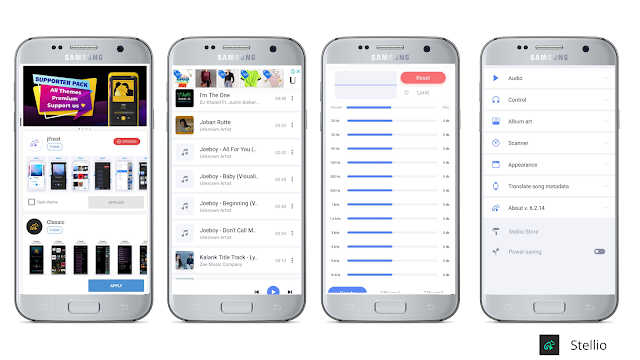 Stellio is an another best android music player app which gives you good music experience as well as advanced music settings. The Stellio music player supports the powerful audio engine feature in which you will get to see a 12-band equalizer with a variety of audio effects - that will change your way of listening music. In this app you also get to see the support of Android wear, with which you can control the settings of music on your smart watches. The purpose of making this app has been that every users can enjoy good sound quality music. - and it really do same!! In this App, you also get to see other features such as themes option, Multi format support, lyrical support and so on. The Stellio app has gained a lot of popularity and it has been downloaded by more than 1 million people from playstore all over the world and also it has been awarded with a rating of 3+ according to user interaction. 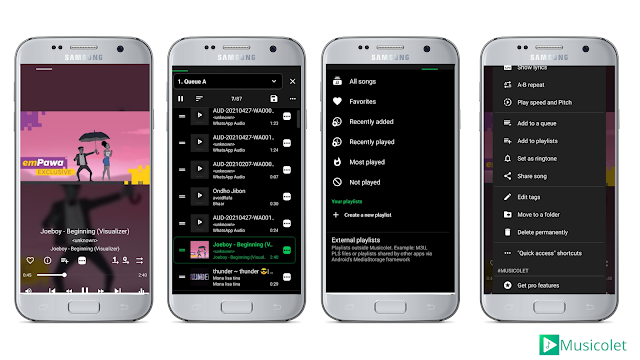 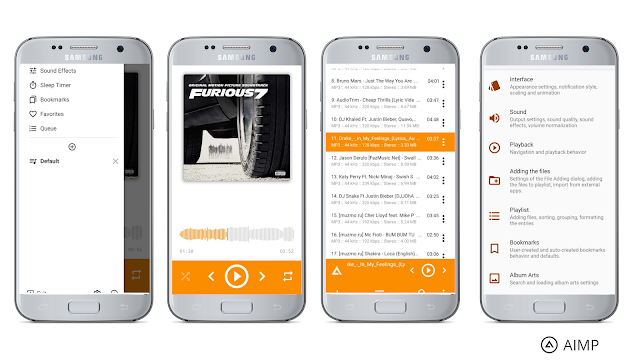 Aimp is an simple, popular and powerful Android music player app. There are various features available in aimp which makes it a popular music player app. The main features of Aimp are quick access to playlist, an equalizer, themes, gesture control and simple UI, etc. Aimp music player app is only developed for Android OS and it is also available in desktop version. Aimp also provides the feature of Android Auto Support. And you can download it for free from Google PlayStore. In terms of users, Aimp has over 10 million active users and it has 4.5 stars with a rating of 3+in Google PlayStore. Aimp supports MP3, MP4 and FLAC file types. 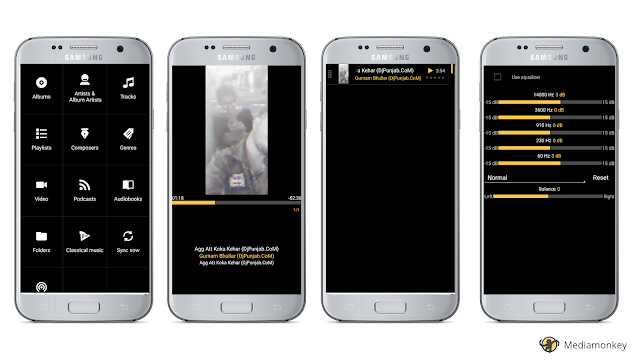 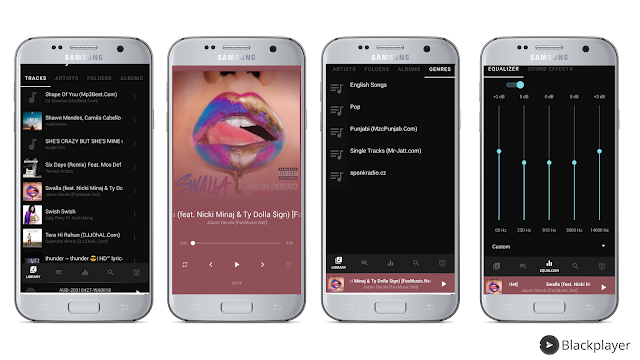 Blackplayer is a free minimalistic looking android music player app which is specially designed for music lovers. More than 2 millions people have downloaded this app all over the world. Blackplayer is a free music player that allows to plays local music collections. It supports embedded lyrics features where you can easily view and edit music vocals. Apart from this, you get many features in blackplayer such as multi music file support, customisable themes, 5 band Equalizer, bass booster, 3d sound visualizer and many more. 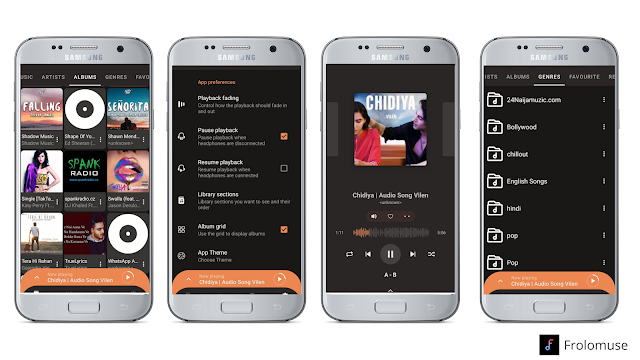 Frolomuse is a free android music player app which is specially designed for music lovers. In this app you will be able to use many features that have never been imagined. In Frolomuse App you get the feature of the powerful equalizer, with the help of which you can customize your favorite sound. Along with this, you get sleep timer, ringtone cutter, themes, etc. In this app you get to see a lot of presets but you can set them according to your own. Frolomuse have been downloaded by approx half million people worldwide and it has a rating of 3+ in Google PlayStore.