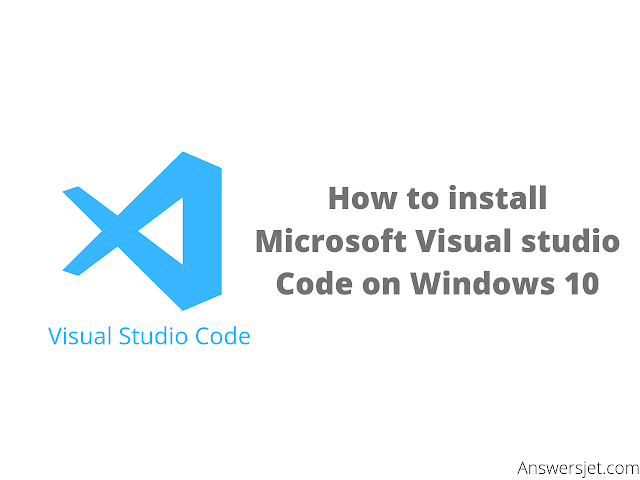 In the computer world, you will find many programming languages ​​like Python, C, C++, Java, PHP, R, etc., which can be written and understood by humans. For the development of these computer programming language there are many integrated development environment (IDE) - It is good to say that Visual studio Code is one of them where you can easily edit codes of any Programming Language, perform debugging operations, running tasks and much more. It is one of the most powerful and lightweight source code editor where you get inbuilt support for Node.js, Typescript and JavaScript.

You will get to see variety of extension ecosystems (such as Python, Java, Go, C, C++ and C#) and runtimes(such as Unity and .NET) in it. Visual studio code (VS code) is easily available for different operating system like windows, linux and macOS.
So, let's discuss in detail about visual studio code.

What is Visual studio code(VS Code)?

Visual studio code is a free and dual licensed Open-Source code editor software which provides various features including debugging operations, intelligent code completion, code refactoring, highlighted Syntax and much more. Visual Studio code was initially released by Microsoft in 2015 and it is currently available for Windows, macOS and linux operating systems. It has a lot of powerful and lightweight inbuilt features, which makes it one of the best Integrated Development Environment (IDE) tools.

In Visual Studio Code, you get syntax highlighting feature wherein each parsed item is represented with different font and background color owing to which you can easily observed and edit syntax.

While coding, the codes should be closed to complete it which sometimes takes more time but this is not the case in visual studio code, in VS code you get to see the feature of autocompletion code which saves your time of manually typing frequently used codes.

Are you looking for multi-Programming language source code editor where you can easily do any language coding without any restrictions - if yes, then VS code will be good option for you because it supports the edit of multiple Programming Language including Python, java, C, C#, C++, PHP and many more.

Visual Studio Code supports Advance plugins and integrations feature with which you can boost up your front-end and back-end development workflow some of these plugins includes Live server, Indent rainbow, better comments, Bracket Pair Colorizer, etc.

Visual Studio Code(VS Code) supports collaborative editing feature which allows multiple developers to work on the same file on different PCs at the same time. If you are also working with group of developers and doing coding on same files, then Visual Studio Code will be a good option for you.

Say Hello to Security with VS code!! - Visual studio code is one of the highly Secured open-source code editor which denied to access data that interacts with third party extensions or plugins.

How to download and install Microsoft Visual studio Code (VS Code) on Windows 10?

It is very easy to download and install Visual studio Code on windows - You just need to follow steps which are given below;
1. First of all, you have to search "Visual Studio Code" on Google, after that you have to click on the link of its official website, where you can get to see some such interface as below;

2. After landing on Visual Studio Code dashboard; you have to Search download option. It is good to say that Visual studio Code is available on Windows, macOS and linux - Choose your OS and select bit option(such as 32bit or 64bit)
After that, Click on "Download" button and save it on local disc (D:) 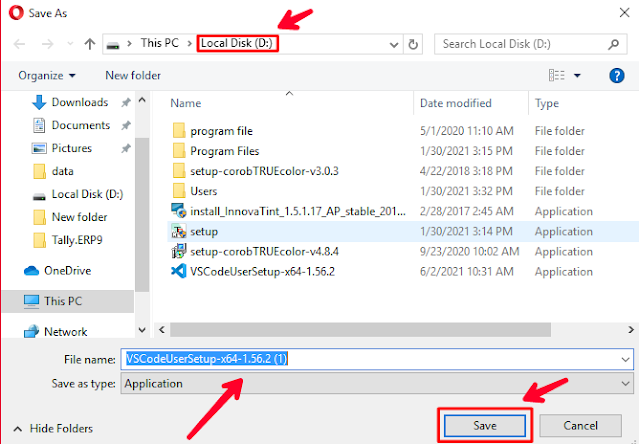 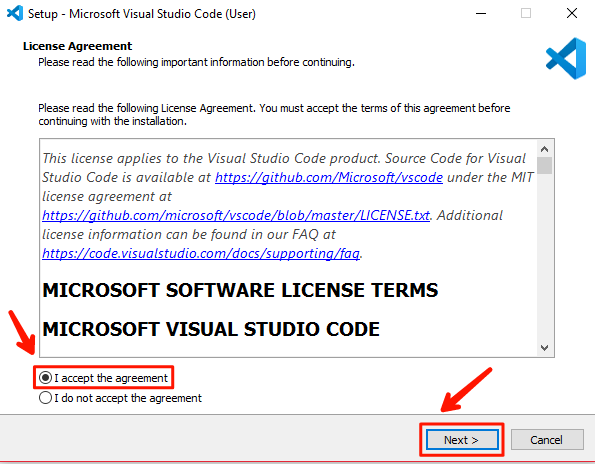 4. After that, you have to choose destination location where Visual studio Code should be installed. One thing must be kept in mind before applying these settings, you should have atleast 293 MB of free space storage before installing Visual Studio Code. After choosing destination location click on "Next>" button. 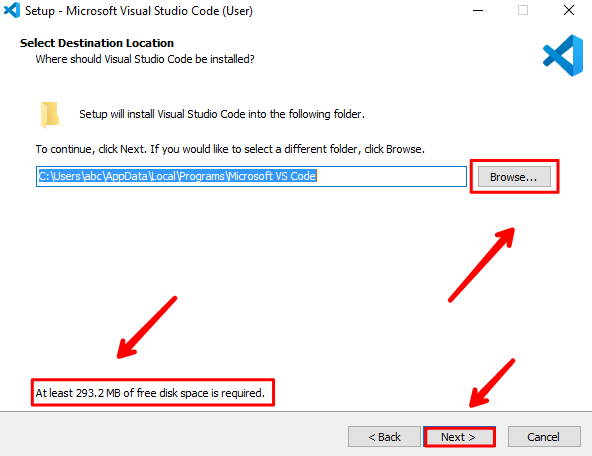 5. Now, You have to Choose Start menu Folder where your program shortcut will setup. If you want to setup on different folder then tap on "Browse" and click on "Next>" button. 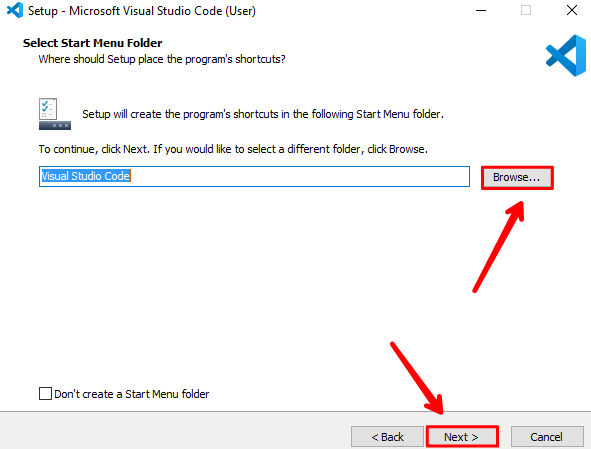 6. After that select start menu folder, you will get to see new pop-up on PC where you have to  select additional tasks such as selecting "Create an desktop icon" and "Add to path (require shell restart)". After selecting these additional task hit on "Next>" button. 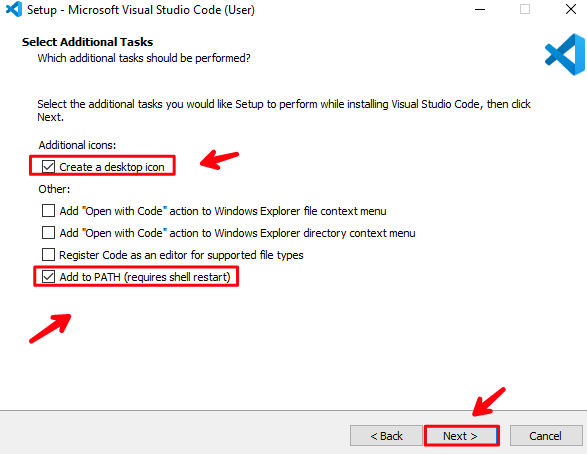 7. After applying these settings, your file will be ready for installation - without wasting any time, click on "Install" button. 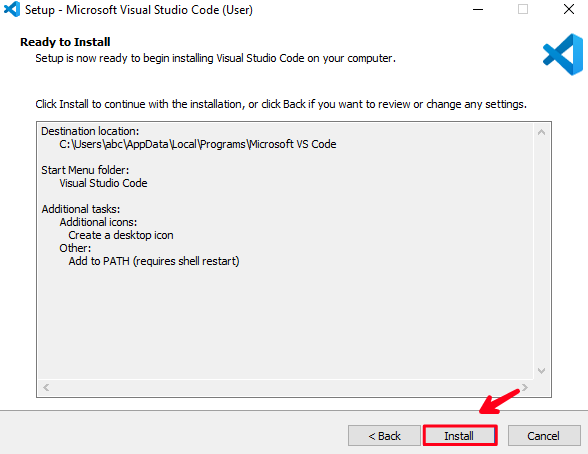 8. After the successful installation of Visual Studio Code, you need to run it on your PC
Now I know you must be feeling like a professional developer. 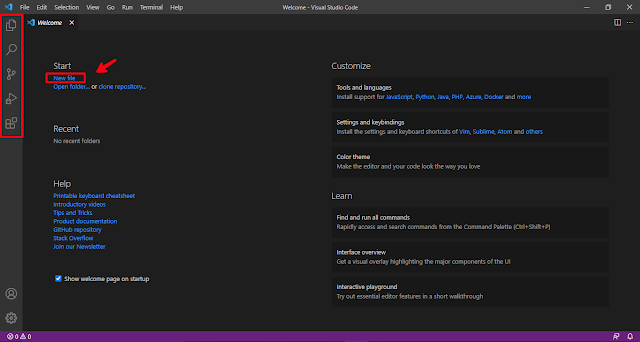 9. To reduce the time of workflow you have to download some extension like live server, Indent rainbow, better comments, Bracket Pair Colorizer, etc. which will give you better user experience as well as save your time. 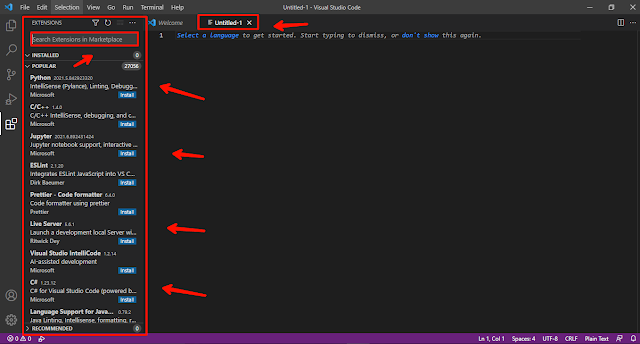 Huraahhhhh!!!! Your Visual studio Code is now fully setup on your windows 10, Now you can easily edit codes, perform debugging operations and much more.