In this article, we'll discuss about Python Strings, how to create python strings, access characters in string, string slicing, deleting/updating a string, formatting of strings and escape sequencing. 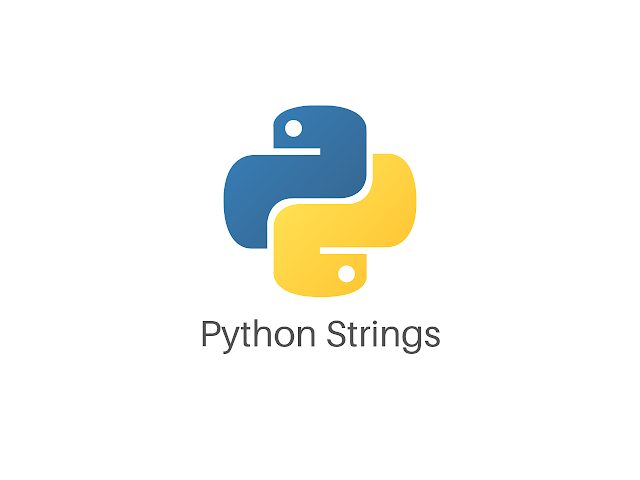 What are Python Strings?

Strings are the most popular data type of python programming language. Strings are the collection or sequence of characters which are written within the single quotes, double quotes or triple quotes. Computer doesn't understand characters they only understand numbers (binary) but it can manipulate characters internally as 0s and 1s combination. This process is known as encoding and it's reverse process is known as decoding. Here the characters are encoded in either Unicode or ASCII. Most of the time the python character are encoded in Unicode characters so we can also say that string is a collection of unicode characters.

We can create a python string by simply writing the characters within the single quotes, double quotes or triple quotes. But we mainly triple quotes for docstring or multiline string.

In python, we can access characters of a string in the following ways;

In Python, we can access the characters of a string individually with the help of indexing method. Similar to python tuple and list, the index starts from 0 which means if we have a string of 10 characters then the indexes of those characters will range from 0 to 9. We can only index integers, if we index floats or other objects then it will result into .

Unlike lists, strings are immutable which means that we can't delete or modify a string after assigning it. But we can delete a string entirely by using the keyword.

Here you will get an error in the output which will look something like this:

In python, strings are immutable and we can't update them after creating them but we can reassign a new string to the same old name.

Updating character of the string:

Here you will get an error in the output which will look something like this:

For the formatting of python string, we use the function. The python function is a very flexible and versatile method in formatting python strings. The format string contains the Curly brackets which are treated as placeholders and then these are replaced by the method argument.

Let's suppose that we want to print text- She said, "What's up?", So if we write this statement in single or double quotes then it will result into as it already contains the double quotes.

So, to solve this problem python has two solution one is by using the triple quotes and other is the escape sequencing method. The escape sequence is represented by the Backslash symbol.

Following is the list of all escape sequences which are supported by the python programming language;

The following is the list of all python string methods;

Above we have learnt about python strings, how to create python strings, access characters in string, string slicing, deleting/updating a string, formatting of strings and escape sequencing. Strings are the collection or sequence of characters which are written within the single quotes, double quotes or triple quotes.