Over time, Android has also changed a lot. Today we will tell you the Android version list a to z through this article. After all, how Android OS.. 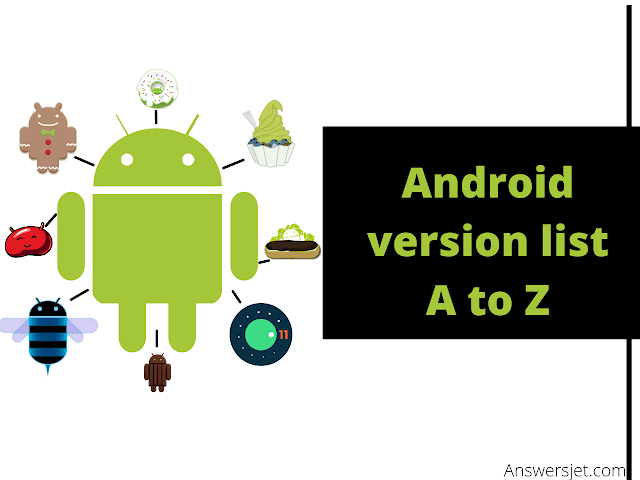 As technology is increasing, so has the revolution in smartphone industries. Every smartphone runs on some operating system. In today's time, everyone uses smartphones with Android operating system, this is because Android provides good and reliable service for its users at an affordable price. More than 1.6 billion people use Android devices all over the world, according to Statista's calculations. Over time, Android has also changed a lot. Today we will tell you the Android version list a to z through this article. After all, how Android OS started its journey in the smartphone world and which versions have been launched so far. 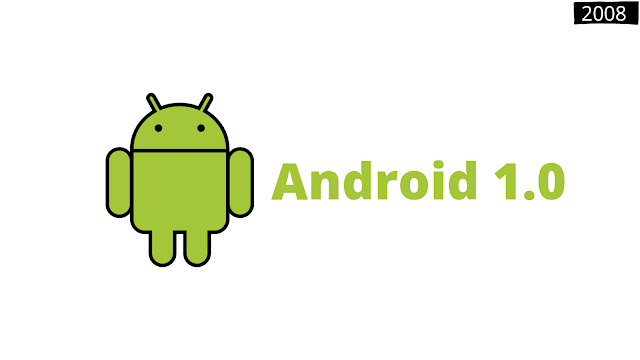 Android launched version 1.0 in 2008, in which the first rollout was seen in the HTC Dream smartphone. A lot of features were seen in the version of Android 1.0 such as Google Maps, Gmail, YouTube, Browser, Call and message, etc. It was the best innovation of that time because it had a Play Store feature in which a lot of unique apps and games were available. 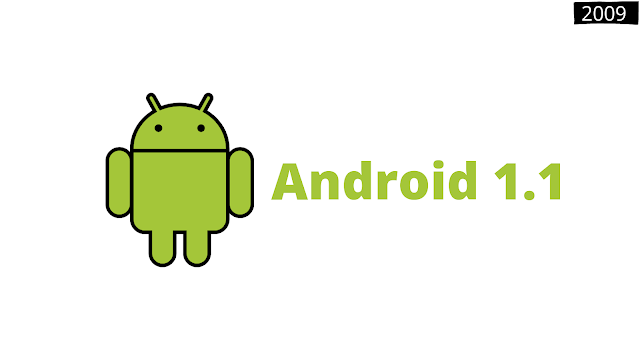 Android 1.1 was launched in 2009, four months after Android version 1.0. This version had far fewer bugs than Android 1.0. In this, Android had updated more features like to save the attachment in the message and along with it they added the feature of Business details and reviews in Google Maps. Apart from this, the ability to show and hide dialpad was also included in this version 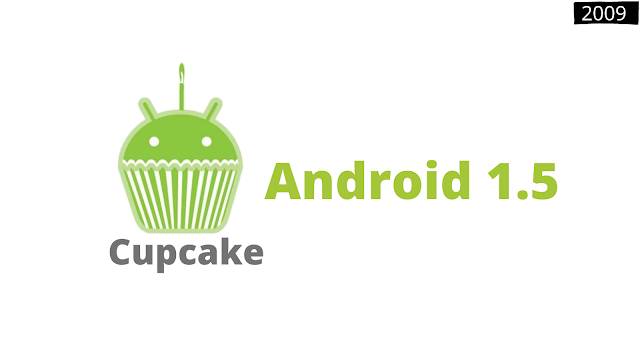 After Android 1.1, the major update of Android was Android 1.5 version which came out in 2009. Android 1.5 was named Cupcake by Google on the Desert theme. This version was first seen in Samsung's Galaxy series. Android 1.5 showed a lot of features such as uploading videos to YouTube, automatic screen orientation, copy and paste features, along with third party keyboard and widget support. 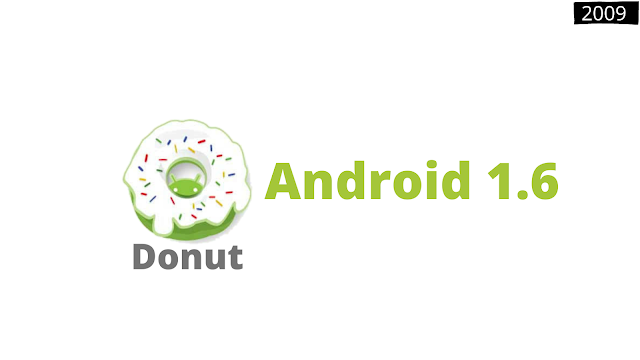 There was some bugs in Android 1.5. And in order to overcome the limitations of Android 1.5, Android 1.6 was also launched in 2009, and this version was compatible to the screen size of all mobiles. Apart from this, CDMA based network support, quick search box and power controlling widget were also included in this version. It also provide the feature of multiple photo selection for deletion. 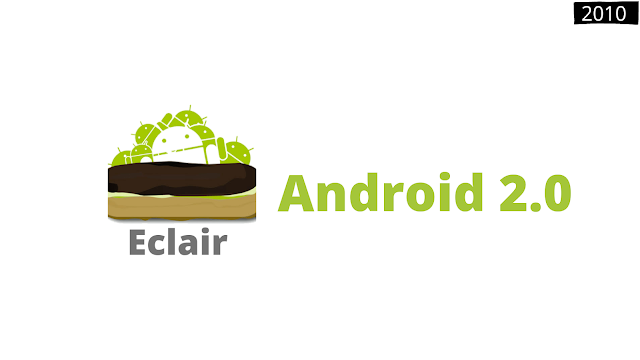 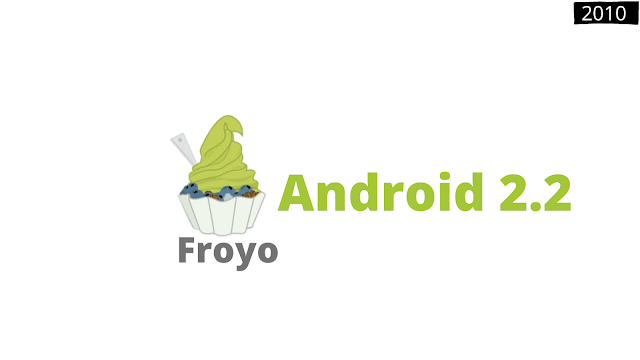 Android 2.2 froyo is seventh version of Android which was launched in 2010 and the mobile phones of this version had shown many features such as push notifications via Android cloud to phone message, mobile hotspot and updated pin screen lock security. And there was also a feature of auto updates of applications in play store. 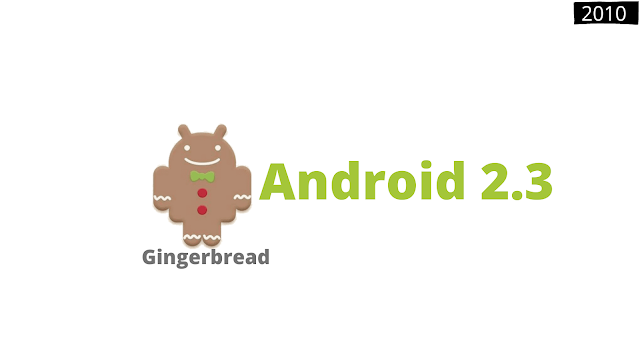 Android 2.3 gingerbread launched in 2010, whose first update was rolled out in Nexus S, which was co-developed by Google and Samsung company. It was the first Android version to support front camera, multi touch, NFC functions and switch to multi language in keyboard. Along with this, updated ui design was also seen in this new version. This Android version also supporty large size and high resolution devices. 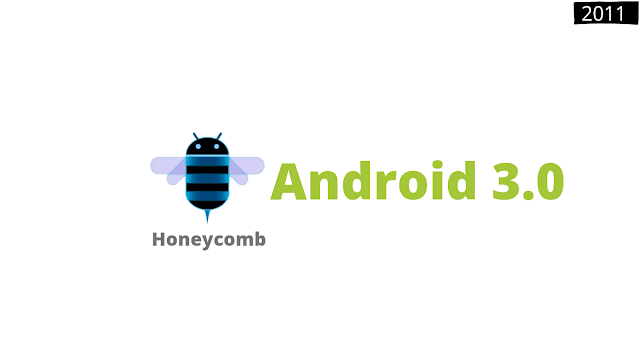 Android 3.0 honeycomb was launched in 2011, and this version was rolled out only for tablets and large screen mobiles phones. This version was not compatible for smaller screen mobile phones. In this update, multitasking feature was also available, in which we could easily see recents apps. Apart from this, the updated version of browser with window tabs and incognito tab were also included in this Android version. 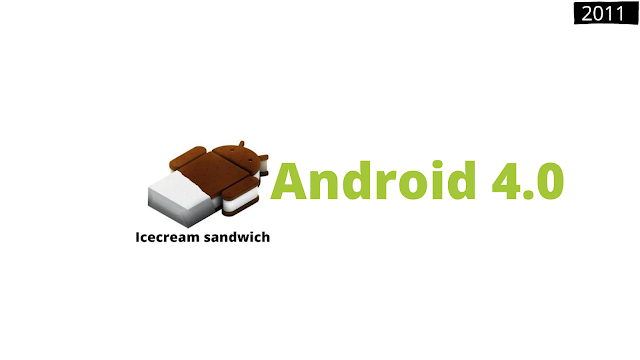 Android 4.0 Ice Cream Sandwich also launched in 2011, it was made by adding extra features in Android honeycomb. Android 4.0 was the first Android version in which the phone used to support unlock with camera feature. Apart from this, there was also a feature to monitor mobile and wifi data. The feature of sliding gestures was inserted in Android 4.0, with the help of which we could reject any call and notification from gesture. 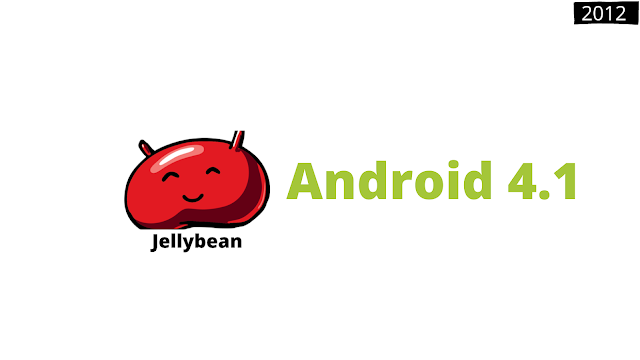 It was launched by Google in 2012 after Android 4.0 ice cream sandwich. After some time, Google also brought minor updates of Android 4.2 and 4.3 to reduce bugs. In this version, the notification was upgraded, along with Google Now feature was introduced in it. In this version, the UI performace and function was improved through the "Project Butter". 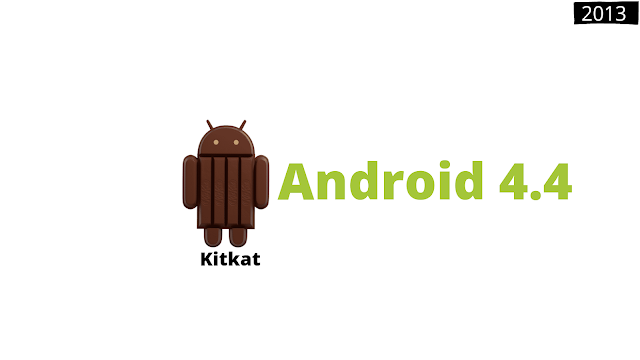 Android 4.4 kitkat was launched in 2013 by Google. In this, blue accents were changed to white and many applications were displayed in the lighter color scheme. It also support the "ok google" command in it. And the user could access the command through Google now anytime. And this version was also working in Ram memory above 512 MB. 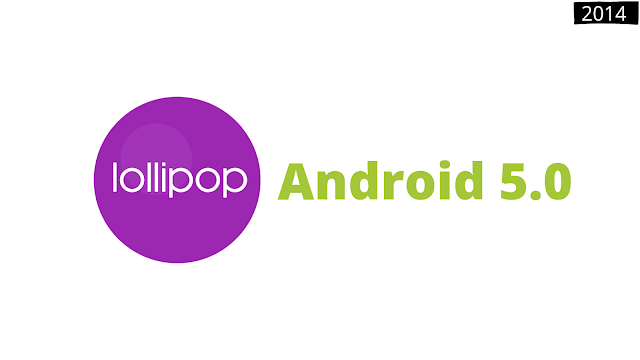 This version was launched by Google in 2014. The first roll out of Android Lollipop was found on Nexus 6. Philosophy of material design was first seen in this update. Android runtime was adopted by rejecting VM Dalvic in Android lollipop, due to which power process for applications was decreased before opening any app. Apart from this, a lot of change was also seen in the navigation bar and the elegant interface of the notification was also added in the lock screen. 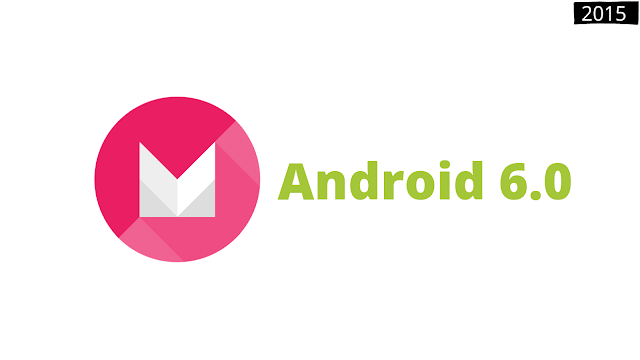 It was launched after Android version 5.0 in 2015, in which we got to see many changes and features. Android marshmallow update was seen pre-installed in Google Nexus 6 p and Nexus 5 x. This was the first Android version to support fingerprint biometric locks. Apart from this, features like vertical scrolling app drawer, C-type usb, android pay etc. are also added in this version. In this, we also got the feature to set the volume separately to Media, Alarm and Call Sound. 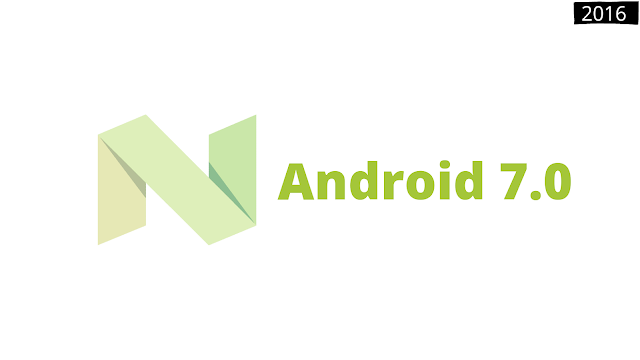 Android 7.0 nougat version was launched by Google in 2016. This version was seen pre-installed in Google Pixels, Pixels xl and lG V20. Apart from this, Fast Switch between apps feature was also available in it. In Android nougat, Google Assistant feature was introduced, by removing Google now. 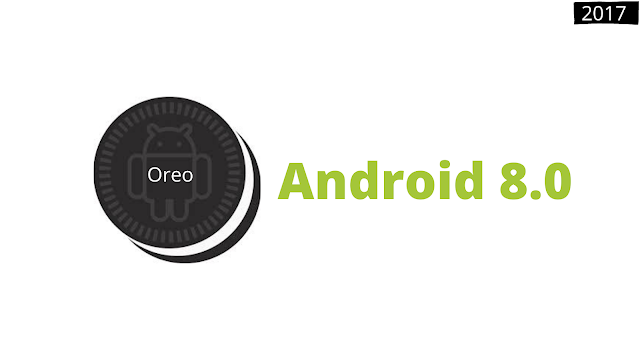 Android 8.0 oreo was launched in 2017 with visual changes in the settings menu. PIP (Picture in Picture) mode was also seen for first time in this Android version. Apart from this, in Android Oreo, we could activate and deactivate any notification by ourselves according to our need. 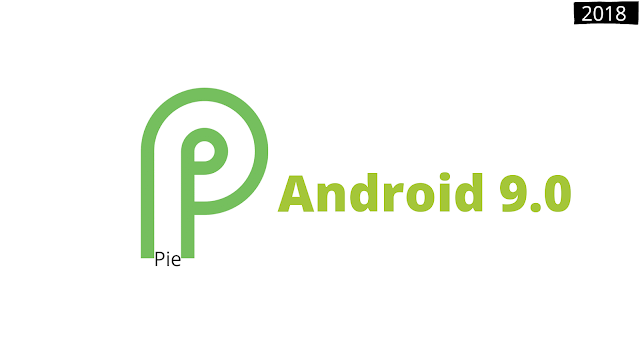 Android 9.0 Pie was launched by Google in 2018, which showed a lot of improvements in the visual side. Android Pie showed changes in navigation buttons, in place of three button a single button in the center was added. By swiping up this centre button, the feature to get a review of recently used applications was also included. This Android version saved more battery than the old versions. Android pie was also seen with the shush feature, in which if the screen of the moble phone was in a flat surface, then it automatically went into DND mode. 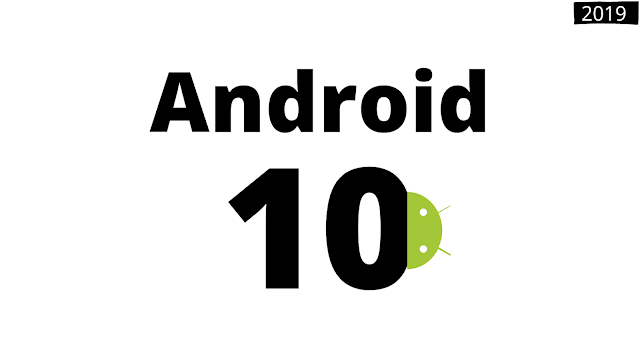 Android 10 was launched by google in 2019. Google launched Android 10 for Android re-branding, in which Google has eliminated naming scheme and adopted New color scheme for logo. All navigation buttons were removed in Android 10 and it was working with gestures. Dark version and light mode feature was also added in this version. Apart from this, it has given full control to the permissions of the application to the users. It also supports flexible display in foldable smartphones. 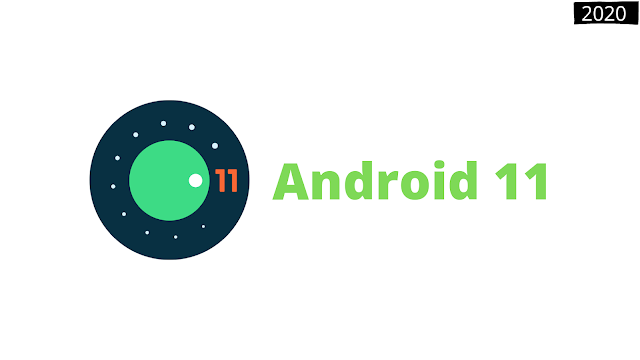 This version was recently launched by Google in 2020. In this, the notification system has been changed completely. Google has also updated the chat bubble feature in Android 11 version which is very similar to the chat heads of Facebook. The new control center has also been updated in this version, in which we can easily find google home and can access the virtual card along with it. This version has the latest security patch. Google has also adopted new methods for data security of the user. 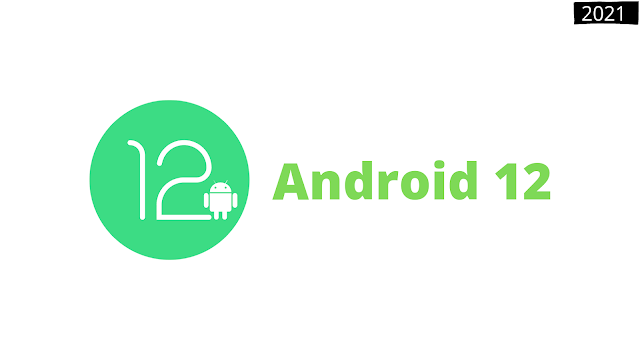 Android 12 is the upcoming version of Android which will going to be launch around August or September. According to the rumours it is based on the features of developer beta. And many new changes will also be available in this version like face-based auto rotate, redesigned notification, and easy operations of phone using one hand and thumb. And the Android user can download it for free like other versions.