Want to know the best Messenger app for Android? 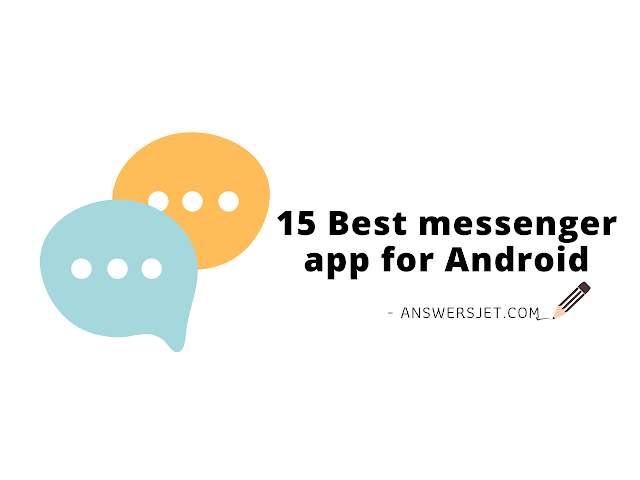 As technology is increasing, our living methods are also changing with time. In the early times, we used to send messages to others via post, then came the phase of SMS and MMS, which provided us the facility to send messages easily by phone.  But the invention of the Internet has now replaced SMS with the Messenger apps. Now everyone uses the Internet and these messaging app to send their messages, documents and for video call.

You will find many messenger app for Android and Apple Store, but today in this list you will get a little overview of 15 best messenger apps for android free download along with downloading links, by clicking on it you will be able to install directly from Google Playstore.

So here, we will discuss about the best messenger app for Android free download. These 15 messengers apps are listed as follows 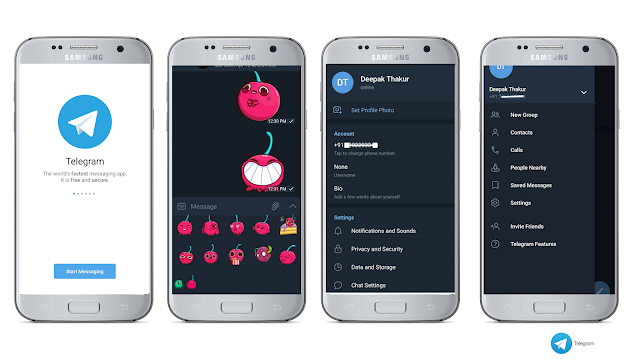 Telegram is a free and secure messenger app that was launched on August 14, 2013. This messenger has cloud based messaging software. This app is the top 10 most downloaded app in the world and has more than 500 million active users worldwide. This app has a rating of 12+ in Google Playstore. Telegram provides us with end to end encrypted chats and VOIP. Apart from this, many features such as file sharing are also available in telegram. Telegram app is adaptable in every device, which means you will be able to easily see it in every device's app store. 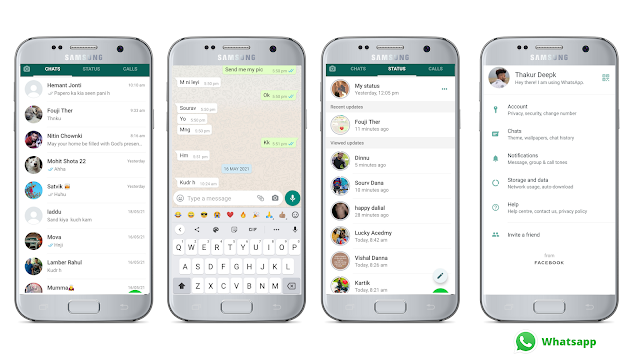 Whatsapp is a simple, reliable and private messenger app for android which was launched in January 2009.  But some time ago, Facebook bought it for 19 billion USD. WhatsApp has more than 5 billion downloads across the world and in playstore it has a rating of 3+. It also provides end to end encrypted service which means only sender and receiver can read chats.

You can access WhatsApp in every device and PC, that too for absolutely free. WhatsApp also sends instant messages over slow network. If you talk about features, then in WhatsApp you get to see end to end encrypted text messages, VOIP, multimedia sharing support, live location and many more good features. 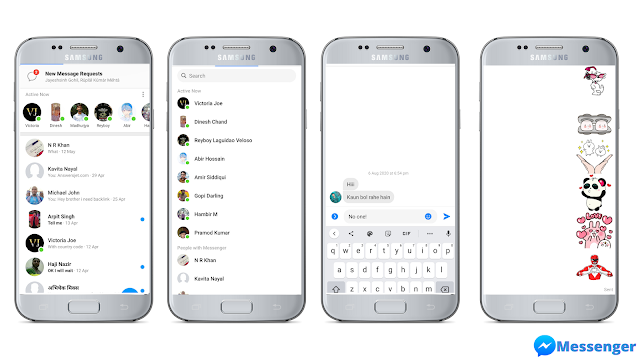 Messenger app is a free messaging app which is launched by Facebook in 2011. Messenger is a two-in-one app that can be used by linking with Facebook and Instagram or by creating an account on your mobile number. In Messenger, you can also customize the chat theme according to your choice. And in the Messenger app, you also get the features of text messages, video calls, voice calls, group video calls and custom reactions. Recently, new update have also showed some new features like vanish and dark mode, in which the message automatically disappears after the viewing. If you talk about the download, then Messenger app has been downloaded by more than 5 billion people across the world and it has a rating of 12+ in playstore. 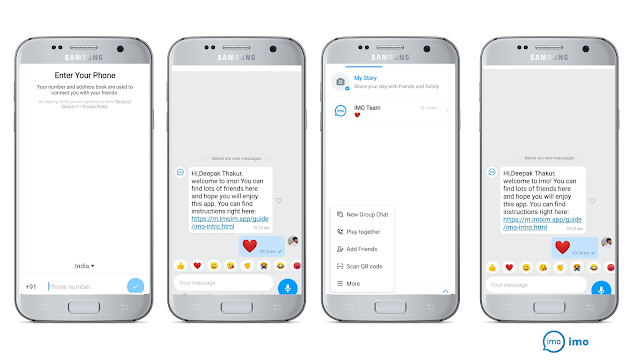 imo is a free, simple and fast messenger app that was developed in 2007 by PageBites. In the imo app, you get to see things like instant messages, VOIP, multimedia sending support etc. imo is an encrypted based messaging platform which means that only sender and receiver can access the messaging data. The imo supports the features of video calling with up to 20 people at a time. imo is a lite app that supports instant messages even in slow networks. Imo also gives you the feature of international calling and  that too at low rate. More than 5 million people have downloaded it from the playstore. And it has a rating of 3+ in Google Play store. 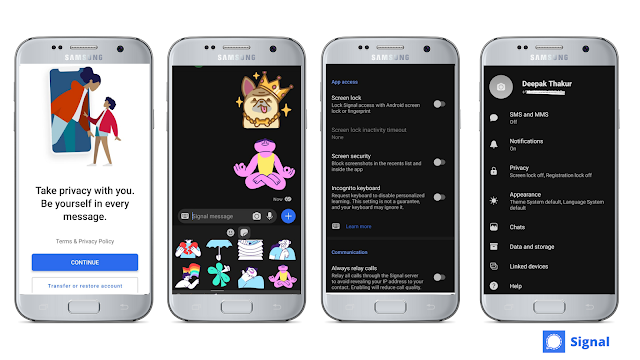 Signal is highly encrypted app with messages, video and voice call features which provide you high security as compared to other messenger app. The app was developed in 2014 by the Signal Technology Foundation. Signal have been downloaded by more than 10 million people worldwide. And has with a rating of 3+ in Playstore. In signal app, you will get to use features like instant message, VOIP, multimedia sharing support, vanish chat, etc. for absolutely free. 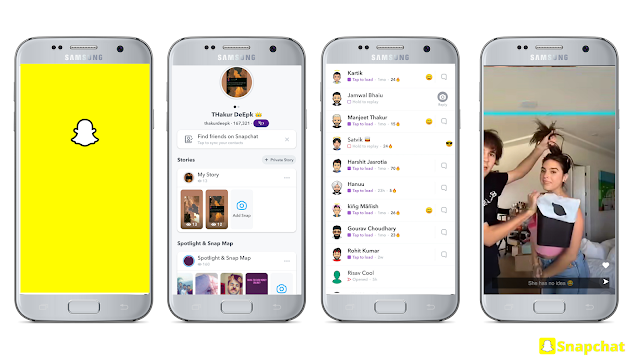 Snapchat is an all in one social media platform through which you can access the camera and also take advantage of good photo, messages, video call and other features. Snapchat was launched in 2011 by Snap Inc. In Snapchat, thousands of funny and attractive filters, lenses and bitmoji are available, using which you can express yourself. In this, you will get to see the feature of location map, with the help of which you can easily find your nearby people and can interact with them for free. Snapchat supports more than 37 languages. You can easily download Snapchat from Playstore and AppStore. 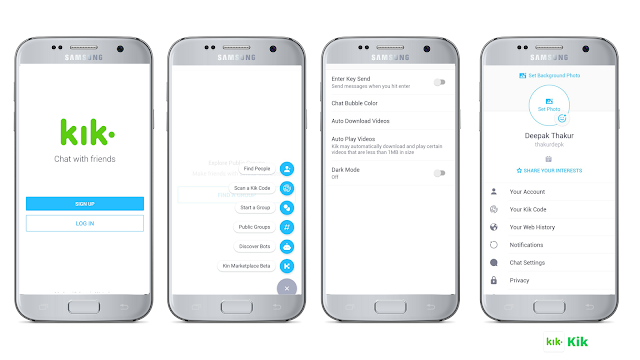 Kik is a free and most popular instant messaging platform in which daily you can make new friends according to your interest. The Kik app was developed in 2010 by medialab. Kik can be a good app for you to stay in touch with your family and friends. In kik app, you can also signup without a phone number.  Along with this you will get to see many features like free messages, VOIP, share multimedia messages and lot more. More than 10 million people have downloaded the Kik Messenger app for android.  And it has a rating of 12+ in Google Playstore. 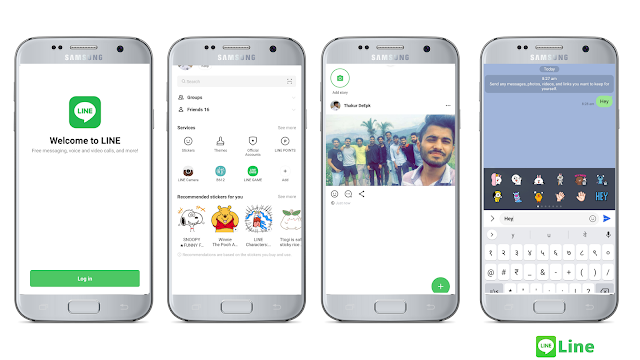 Line is a free call and messenger app for android which is currently availabe in 17 Languages. You can easily stay in touch with your family and friends by using line messenger app. The line app has been downloaded by more than 15 million people worldwide. In the line app, you can enjoy good quality voice calls, stickers, and filter videocalls. After a recent update of line app, now you can add up to 200 friends in a video call at particular time. Apart from this, the line app is also a social media platform, in which you can post photos, videos, location and more. It is a cloud based messenger which means it will not use much memory of your phone. And its most important feature is that it auto-sync your device so that you can easily access your old chats in any device. 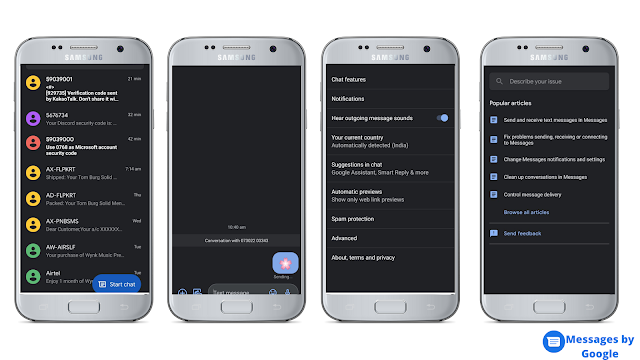 This is a two-in-one messenger app for android in which you can access your phone's SMS as well as free messages via data network and wifi. The Messages platform is developed by Google. In this app, you will get the facility of rich conversation and also you can send high quality stickers, emoji and location to any friend. Along with this, you can easily send photos, videos and voice messages to your contacts easily.  And if we talk about its downloading, then more than 1 billion people have downloaded this messaging app. 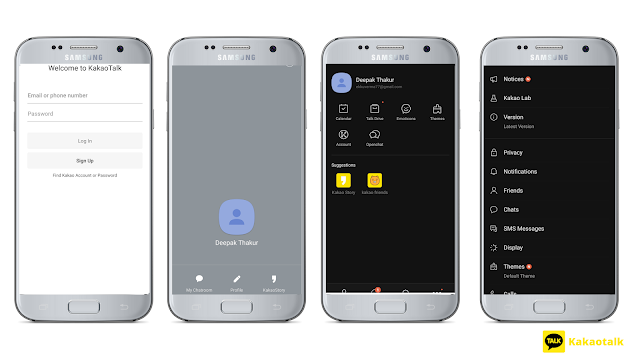 KakaoTalk is a simple, free and multi-faceted messenger app developed by  kakao corp. in 2010. KakaoTalk has downloaded by more than 220 million people, which has more than 49 million active users.  KakaoTalk is a simple way to communicate with your family and friends. This app supports many features such as free messages, default SMS app, VOIP, video chat filters and even you can enjoy live stream with your friends. Apart from this you also get the feature of Android wear - that is, you can reply to messages through your smartwatch. 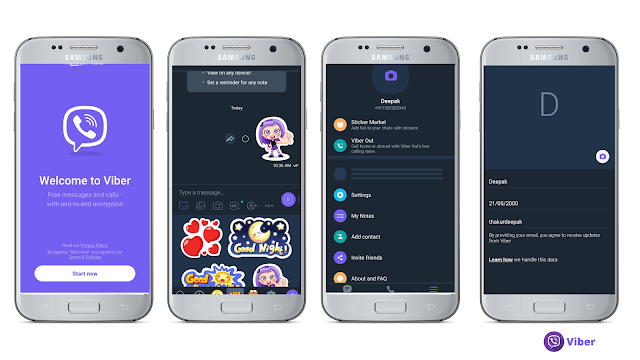 Viber is a free and end to end encrypted messaging app developed in 2010 by rakuten viber. More than 1 Billion people are using viber in the entire world. Viber is a free messenger app for android that features instant messages, VOIP, international calls, self destruction of secret chats and many more. Apart from this, you get to see the viber out feature, through which you can call anywhere at a low cost. 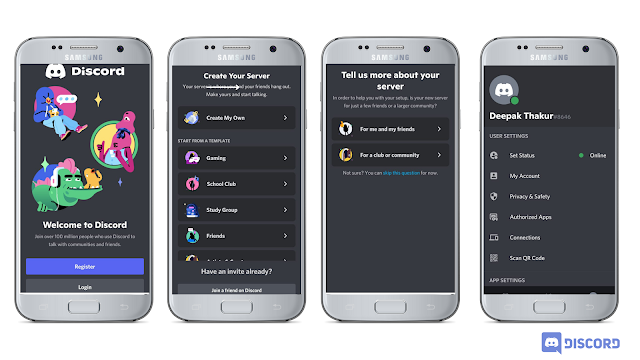 Discord is a messaging app which is famous among the gamers. It can be used in both mobile and pc. Discord app provides various features like multiple text messages, voice calls, GIFs and many other features. This app is mainly used for gaming and in this app, you can join other servers and also create your own server. And if we talk downloads, then more than 100 million people and it has a rating of 12+ in google playstore. 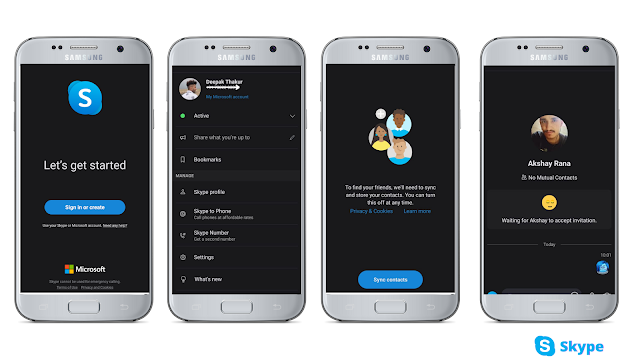 Skype is a free messenger app which is available in approx all app stores. Skype provides you the facilities like voice calls, video call, text messages, etc. Along with this, it also provides many more features like GIFs, documents, multiple chats, etc. And if we talk about downloads, then more than 1 billion people have downloaded it and it has a rating of 3+ in the Google Playstore. 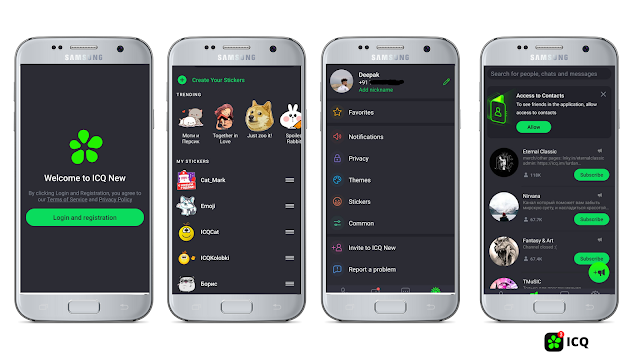 ICQ Messenger is a fast and one of the most popular messenger app for android. ICQ app has been very popular since 2010. This app is for those who spend most of their time on internet. ICQ supports free messages, videocalls, voice call, channels and many more features. Through this app, you can connect with 20 people in a video call at a time. And in this, you will find a lot of stickers and video call masks, using which you will be able to make a lot of funny conversation with your friends and family. The ICQ app has been downloaded by over 5 million people worldwide. And it has a rating of 12+ in playstore. 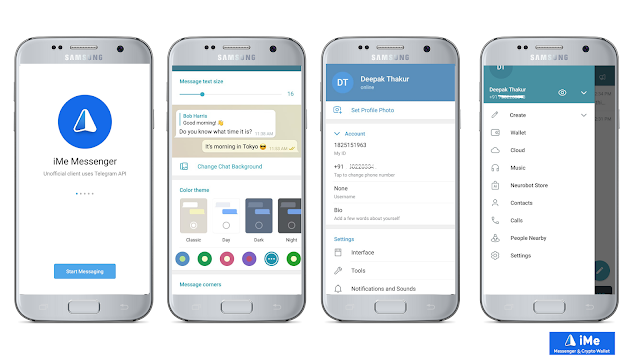 iMe is a telegram api based unofficial messenger app for android. In iMe Messenger, you get to see many features like free messages, crypto wallet, integrated tools and many other features. It works in a secure and cloud based technology. The iMe app has been downloaded by more than 1 million people across the world. And it has a rating of 12+ in the playstore.