Here, we discussed the tutorial for Swift download and installation in Windows 10 (64-bit). Swift is a powerful and modern programming language... 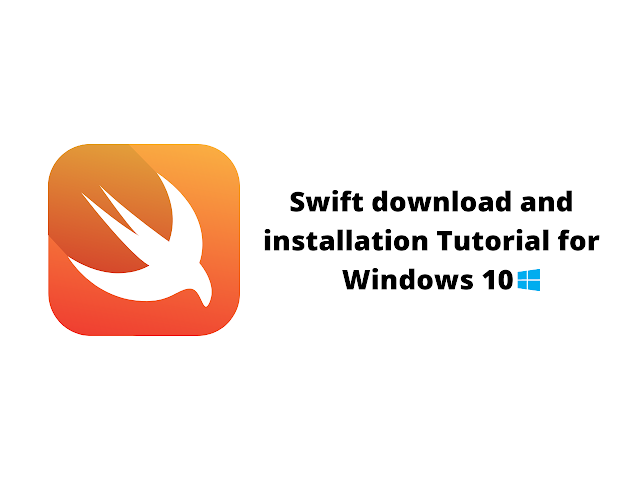 Now let's start with the swift download and install tutorial on Windows 10 (64-bitPC).

How to download, install and run swift on windows 10

To install Swift on Windows 10, first go to the searchbox of any browser, and search "Swift download for windows". After that you will see many search results where you have to open the link of Swift.org website. Now, you can see that Swift is available for different operating systems. Simply click on the option of "Windows 10" to download swift toolchain for Windows. 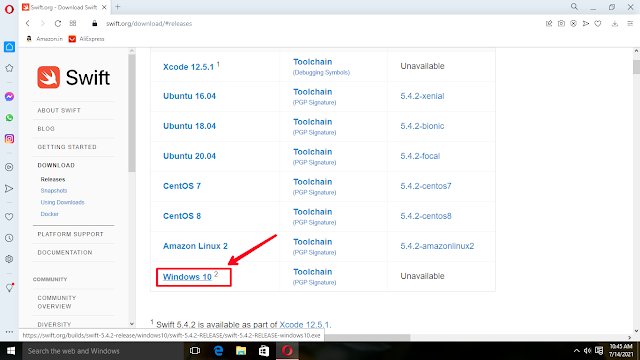 After clicking on it, an option to save Swift Toolchain.exe file will pop-up on your desktop screen where you have to click on the “Save” button to save it in the Downloads folder. You can also download Swift for Windows 10 by clicking here - Swift download 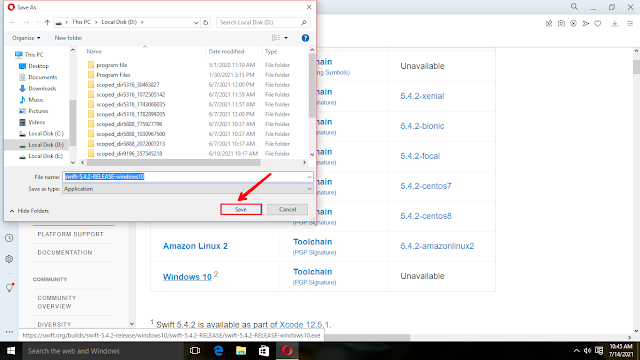 In this step, you have to install swift toolchain .exe on your Windows PC. For this, go to downloads folder and click on 5.4.2-RELEASE-Windows10.exe file.

After clicking on this file, User Account Control for Swift Setup will pop-up on your screen - just allow it by clicking "YES". Now, you can see that Swift install option is visible on your computer screen - Click on "Install" button to install Swift toolchain. 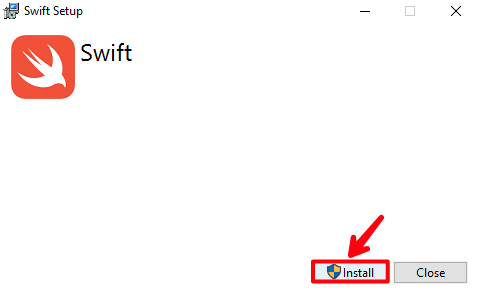 • Check if Swift has been successfully installed on your Windows PC

After installing swift on your PC, It is very compulsory to know whether Swift is successfully installed on your PC or not. For this, you need to go windows menu and search for "Command prompt". After searching the command prompt, open it and type "swift --version" and press enter. If Swift have installed on your Windows 10 then you will see result something like this; 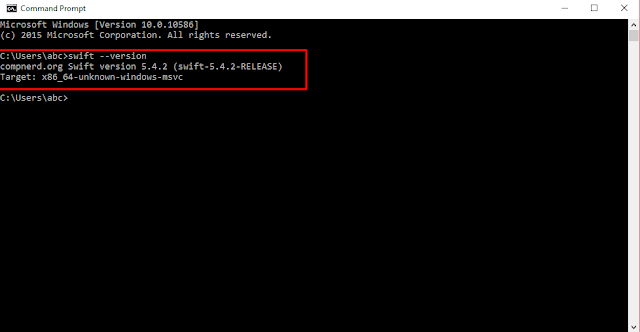 Now, to make things easy you need to install another "Swift for Window" exe . For this, again go to searchbox and search "swift download for windows GitHub". Now, just open the first link that will appear while searching and click on "download" button to swiftforwindows - Or click here to directly download swiftforwindows. 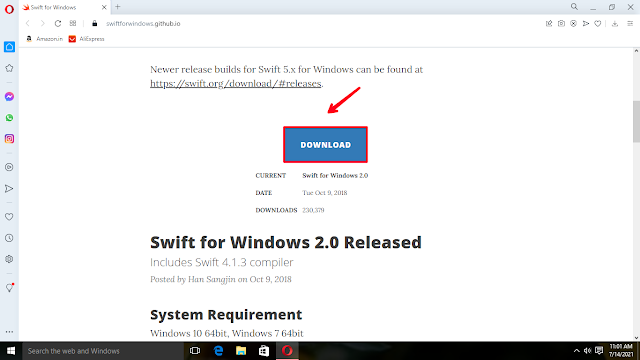 Does this swift exe file compulsory to install?

Yes, because this application is Swift Compiler and Code Runner which helps you a lot to compile and run code written in Swift programming language. 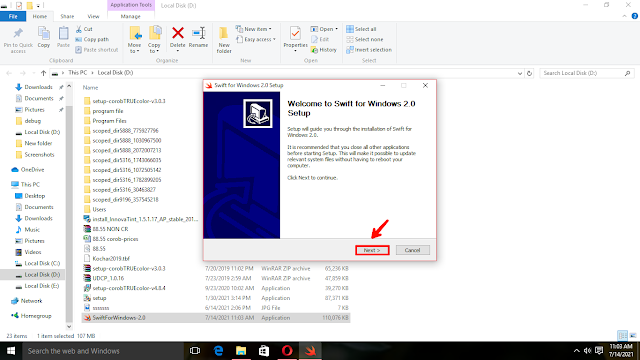 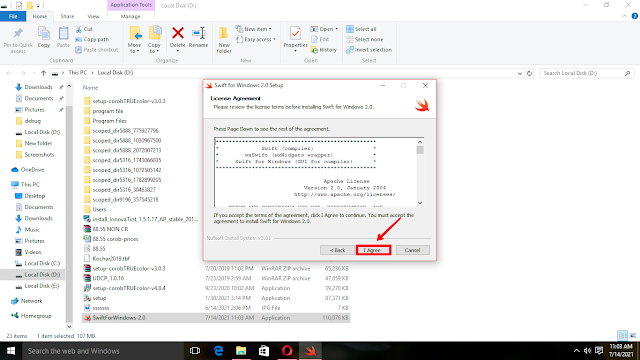 Good to say that Swift for windows (GUI for Compiler) is ready to install on your Windows 10 PC - just Browse the destination location and click on "Install" button to continue. 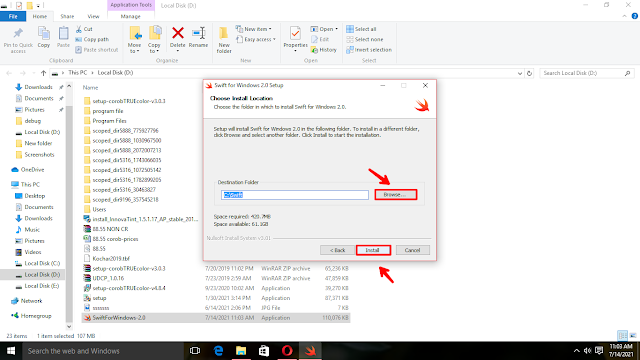 Note: Before installing Swift for Windows, make sure you have enough free space of 420.7 MB in your PC.

Swift for windows 2.0 has been installed on your PC Click "Finish" to close setup.

To print "Hello" in Swift language, first you have to write the code and to write the swift code you need IDE(code editor). Here, I am taking the help of Visual Studio Code to write Swift, you can use any IDE according to your convenience. Now, simply open Visual Studio Code then click on File > New and create new file. After this, you will get to see "choose language" option on your right hand side, just click on it and choose "Swift" language. 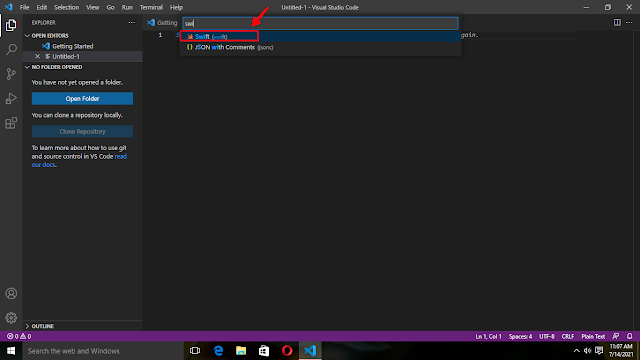 Then, open the editor and write code i.e.  print("Hello") 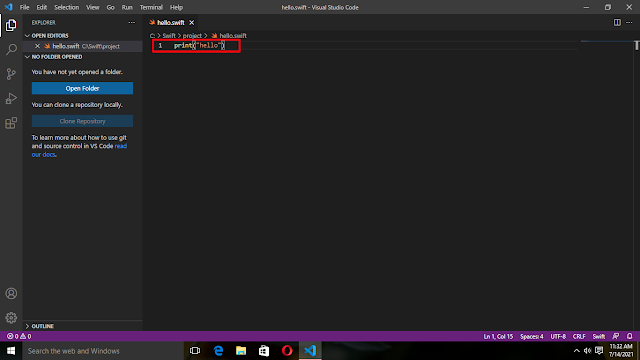 After writing a print code, just press ctrl+S key to save this file. 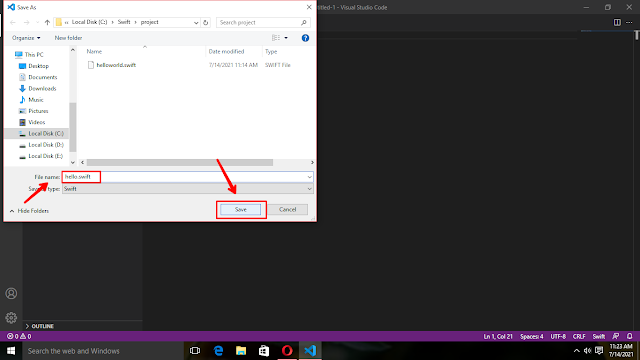 Now, simply open Swift for Windows 2.0 then click on "select the file" and browse the print ("hello") file. 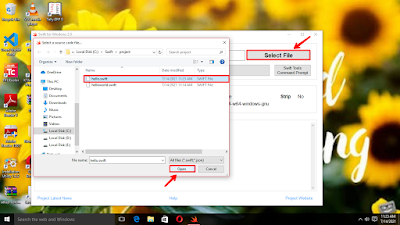 After selecting the file, you need to compile the file - to compile this swift file, just click on compile option and Wait a couple of seconds until the file is compiled. 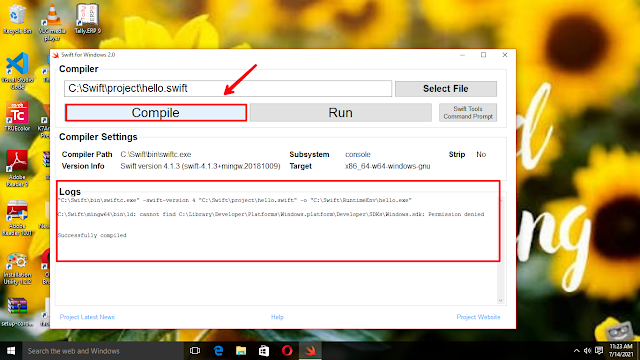