Here, we have discussed tutorial for Ruby download and install on Windows 10. Ruby is simple, fast and flexible scripting programming language...

Hey folks, are you looking tutorial for Ruby download and install on Windows 10 - If yes, then stay with this article because today we will guide you step by step to easily download ruby ​​on your Windows operating system but before that let's take a overview of Ruby programming language. 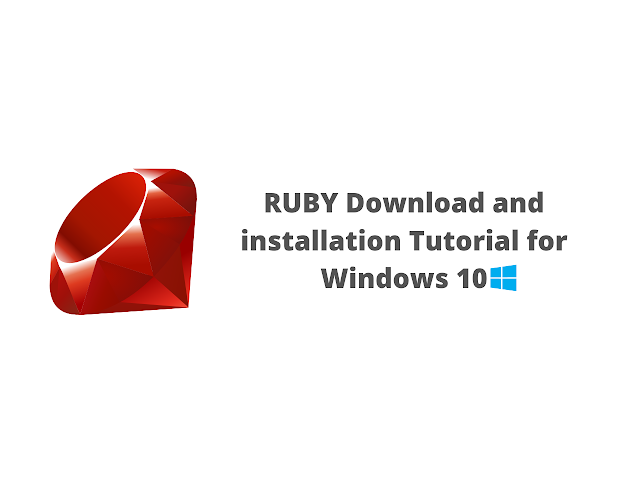 Here, we have discussed step by step guide to download and install Ruby on Windows 10 PC; 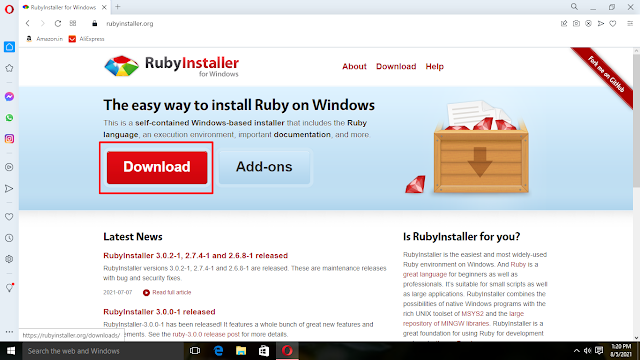 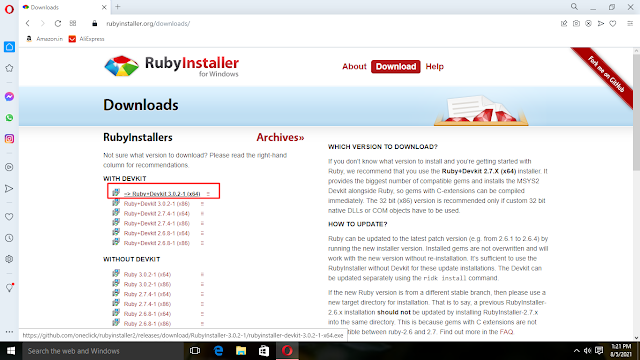 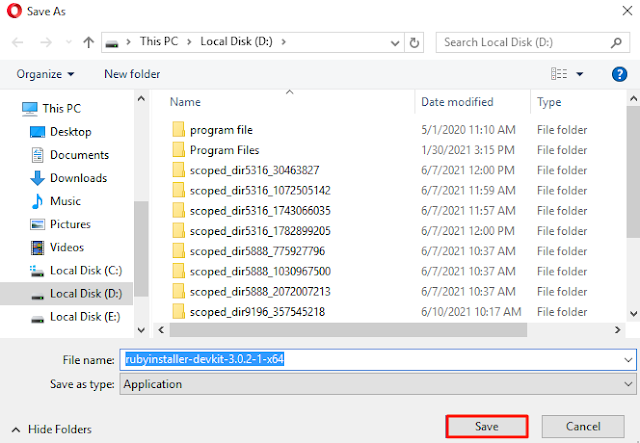 Now, it's time to Setup Ruby installer exe file on your windows operating system. For this, go to Downloads folder then search for ruby-installer-devkit-x.x.x.x(x64) file and open it!! 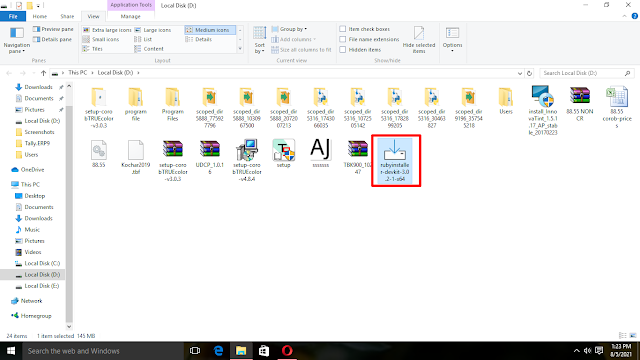 Now, Read the user end license agreement carefully - then just tick the "I accept the license" box and simply click on "Next" button to continue installation. 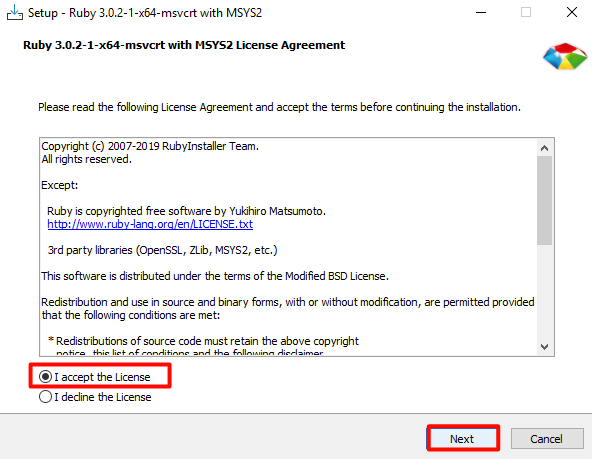 Here, you have to select the components that you want to install along with Ruby Installer - go with system's by default settings and again click on Next to continue Ruby installation process. 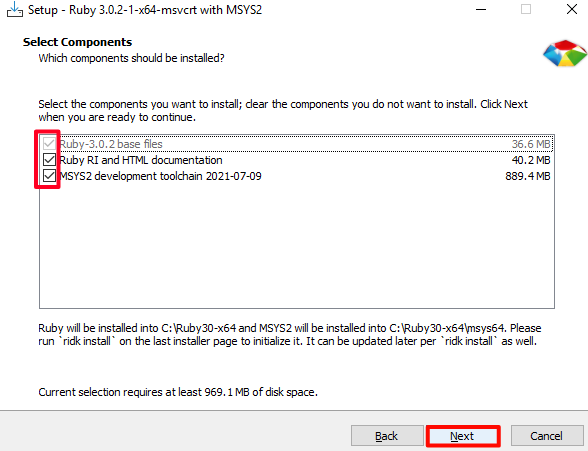 Note : If by default all components are selected then Ruby installer requires at least 969.1 MB free disk space.

Ruby Installer is ready to install on your Windows 10, all you need to do is browse the path of the destination folder where you want to store the Ruby related files. After browsing the path just click on "Install" button to continue installation. 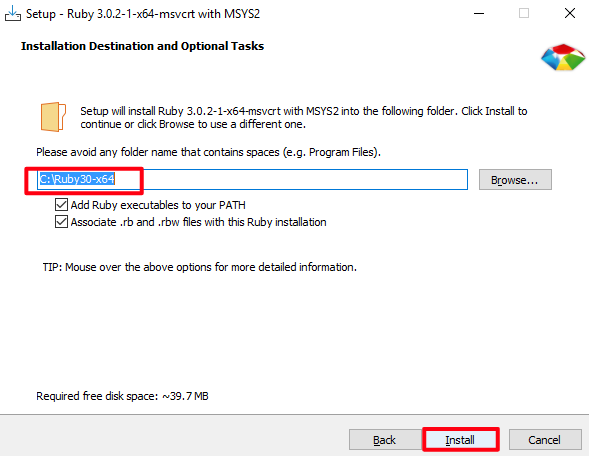 Wait a couple of seconds until ruby ​​is completely installed. After Ruby is successfully installed on your Windows PC, you will see something like this; 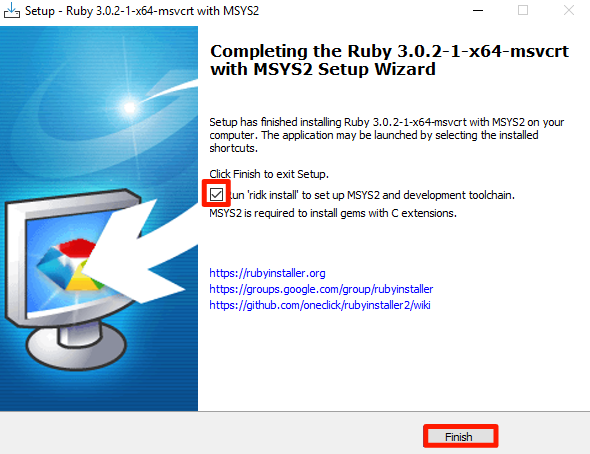 After you click the Launch button, you'll reach in the Ruby Installer command line where you'll need to download some of the MSYS2 development toolchain 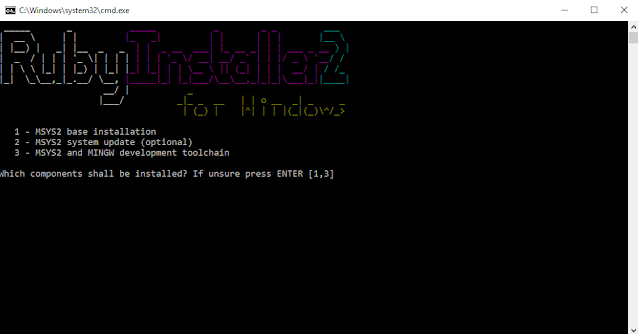 - just hit "Enter" key.  You will now see that additional files of the Ruby installer will start downloading automatically.

After downloading MSYS2 development toolchain, it's time to setup ruby's path environment variables. For that, go to file explorer > C:/ > Ruby30-x64 > bin and just copy this path by pressing ctrl+c. 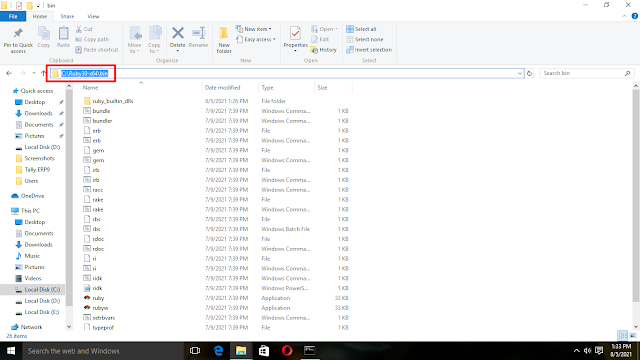 Now, go to system properties then click on Environment variable and open it. 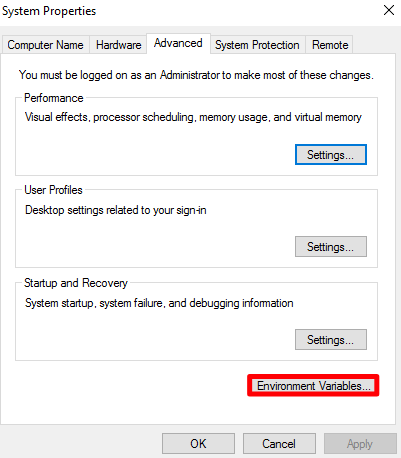 Here, select the path option and then click on "Edit" to add new Ruby installer path. 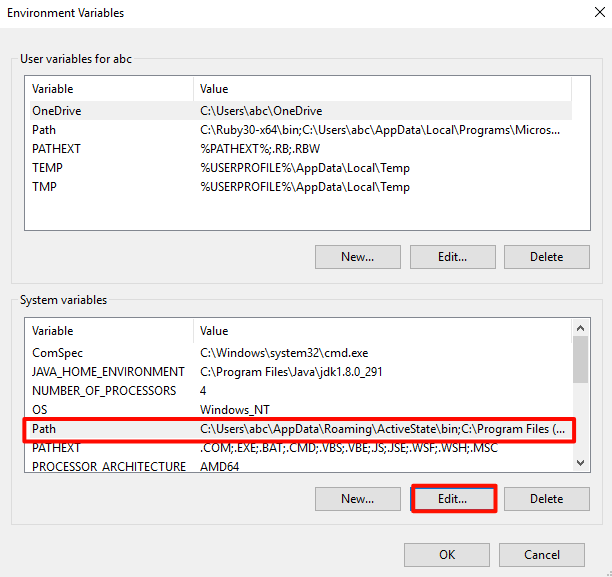 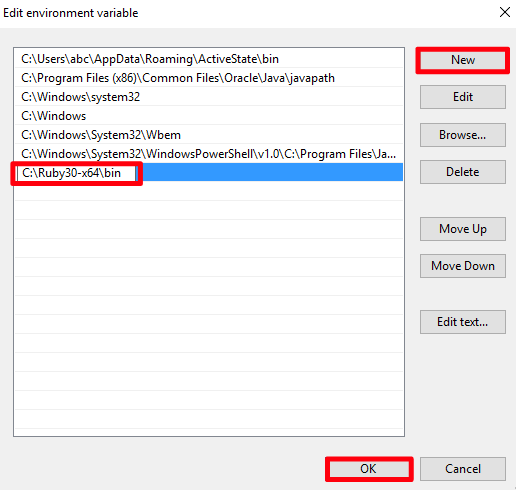 Now, it's time to check whether Ruby has been successfully installed on your Windows 10 or not. For this, go to the Windows menu and then search for Command Prompt and open it. Now, let's check with commands.

- to check version of ruby 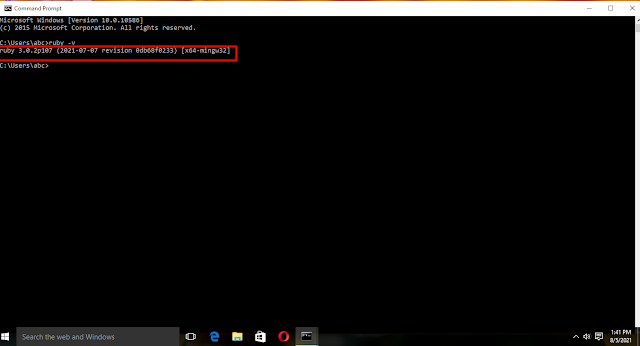 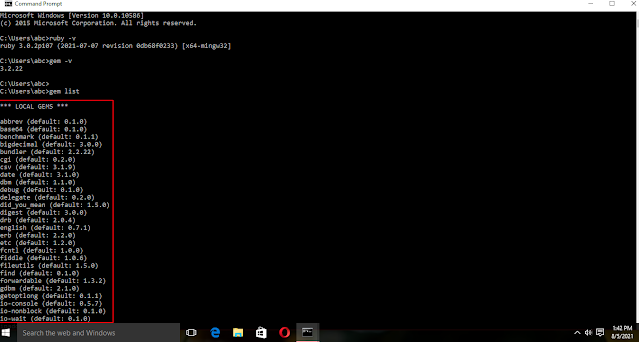 - to print Hello world in Ruby 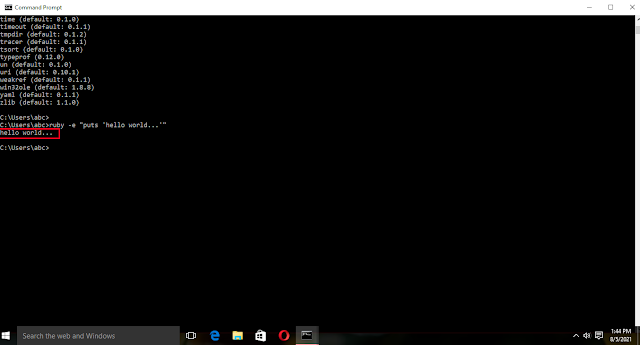