How to install Haskell on Windows 10

Here, we have discussed the tutorial for Haskell download and install on windows machine. Haskell is a general purpose open source programming.....

Hey folks, are you searching tutorial for Haskell download and install on windows machine - if yes, then you have come to the right corner. 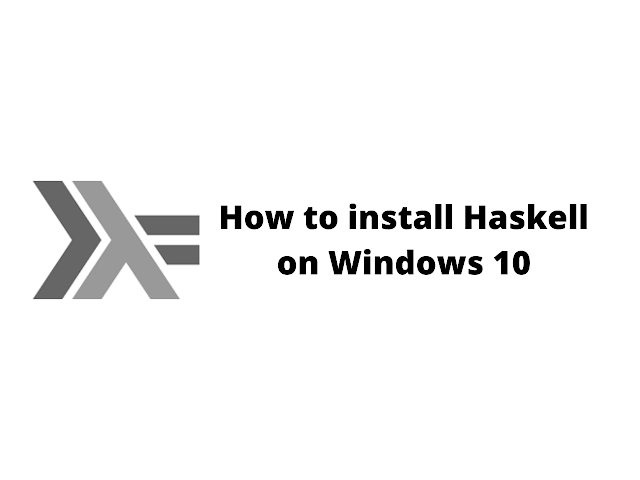 Now, let's discuss how to install Haskell via chocolatey.

Chocolatey must be pre-installed on your Windows before installing haskell via Chocolatey. If you don't have Chocolatey installed on Windows then it is good to say that we have already written tutorial on Chocolatey download and installation on Windows 10. - just check it!!!

1. First of all, go to windows menu and open Powershell command line with adminstrator. 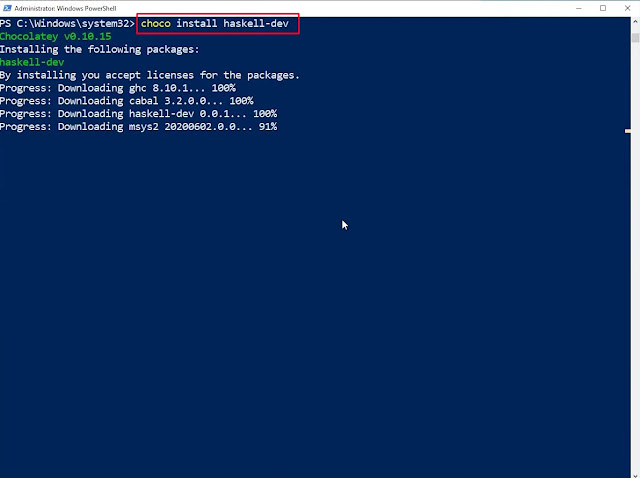 3. Now, it will start downloading Haskell on Windows PC. Note one thing when you perform this action, it will show you the messages of installing additional components of Haskell like ghc, cabel, msys2 etc. in the command line, you just have to type Y and press enter. 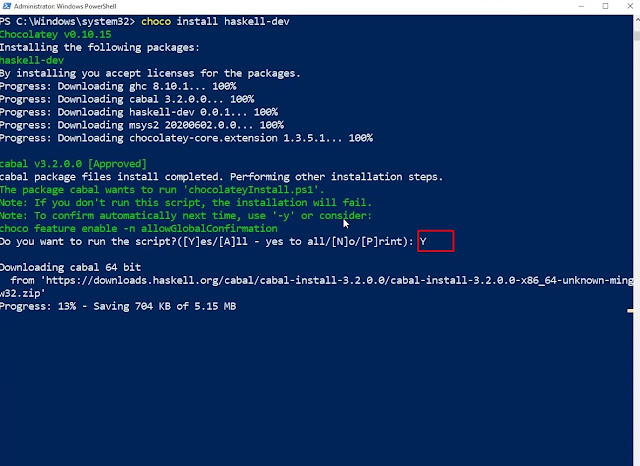 4. If it works properly then haskell has be installed on your Windows. 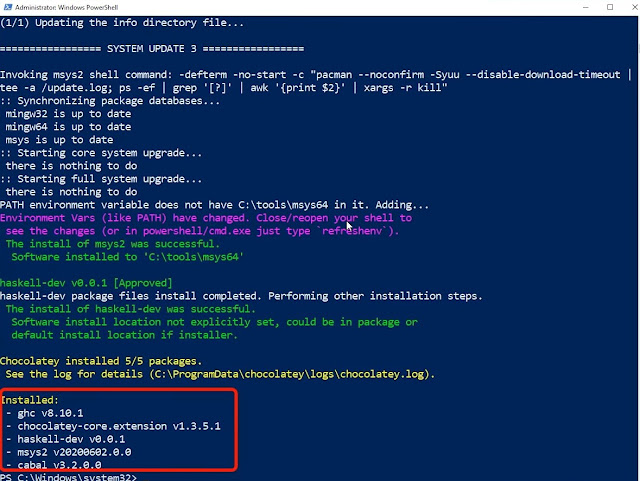 Now, let's learn about how to install Haskell via visual studio code.

1. First you have to download Visual studio code for Windows.

2. After downloading and installing VS code, just open it. 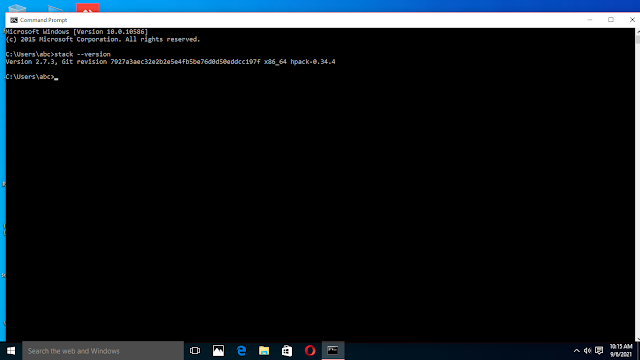 3. Click on Extensions button or simply press Ctrl+Shift+X to open extensions marketplace then search Haskell and then click on install button to install Haskell via Visual studio code (IDE). 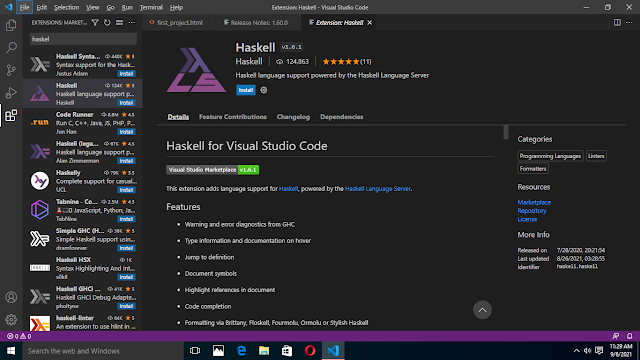 4. To run the Haskell codes on Visual studio code, you need to download Code runner Extension. For this, search for Code runner and then click Install button. 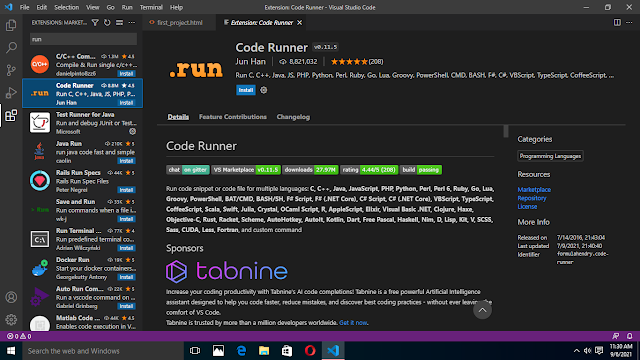 There is another way to download Haskell and develop Haskell projects on windows 10 that is "Haskell stack installer".

What is Haskell stack? 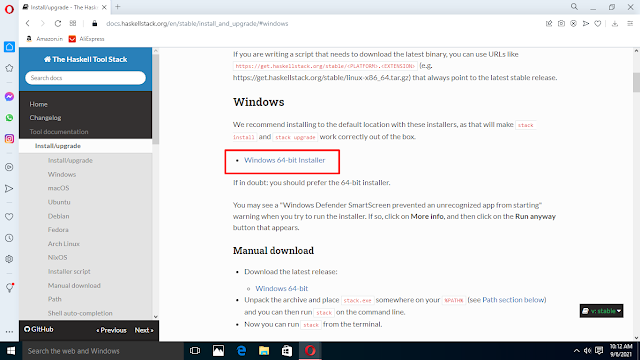 2. After this, Save as pop-up will appear on your desktop screen - Just click Save to download Haskell Installer file. 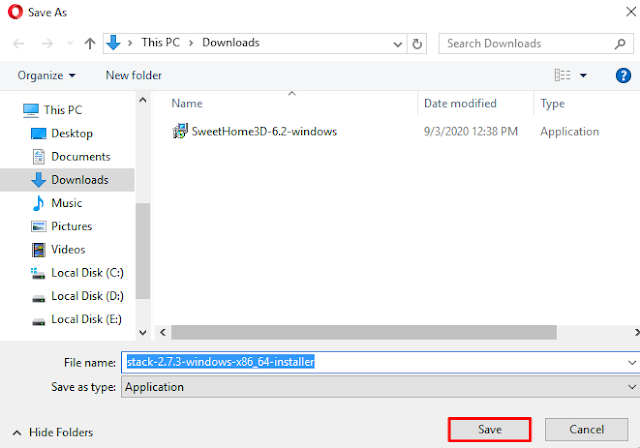 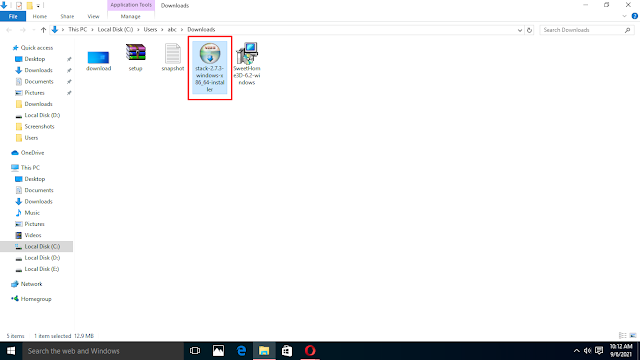 4. Now, choose the folder location in which you want to install Haskell - browse the path or go with system by default location then click Next. 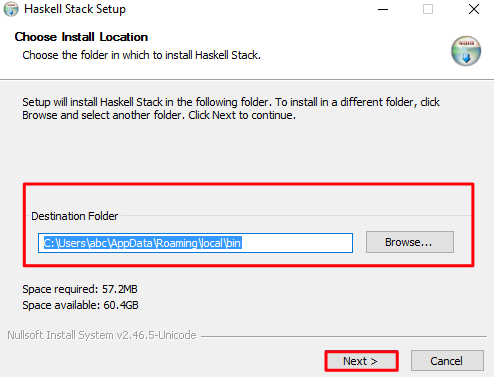 5. After that, choose the features you want to install with Haskell - check out all options then click on install button to begin installation process. 6. After the installation is complete, press the close button to exit the setup. 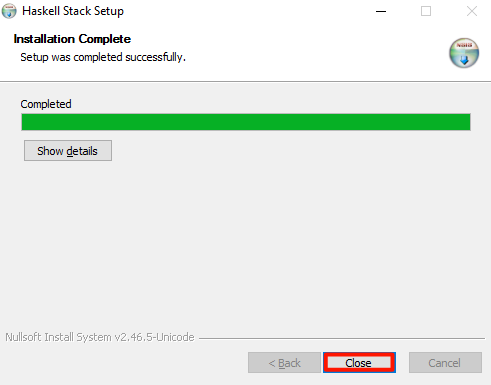 7. Now, to check whether the stack has been successfully installed on the Windows machine or not  just go to command line and type following command;

If stack is installed successfully then you will be shown the version of stack which will look something like this;

Above we have discussed the tutorial for Haskell download and install on windows machine. Haskell is a general purpose open source programming language which supports functional programming paradigm. In early 1990s a community of programmers designed and developed Haskell programming language. By following above mentioned steps anyone can easily download and install Haskell on Windows operating system. I hope this information is helpful to you all.

10 Ways to Earn from Amazon affiliate without Website or Blog